I have a friend with an autoimmune disease, and I need your help.

I have a friend with an autoimmune disease. For anyone unfamiliar with how autoimmune diseases work and why having one sucks, it’s basically when all your white blood cells and other bits and pieces of your immune system are over-enthusiastic action-movie heroes who think ‘destroy everything’ is a mandatory step in the process of saving the day.

Imagine being the city at the end of an Avengers movie. That’s how my friend feels most of the time. Unsurprisingly, she also gets lots of viruses and infections.

She frequently comes down with tonsillitis. To stop this happening, she just had her tonsils removed. The procedure went about as well as these things do.

And she was fine until her immune system decided to save her from the painkillers.

She was so unwell and in so much pain that she had to go back to hospital. This was not unusual for her. She has been to hospital 5 times in the last 6 months. She sees her GP about as often as she sees her mum, more often than she sees me.

I know what you’re thinking. You’re thinking: these medical comics are no Awkward Yeti and this is kind of a bummer story.

You’re right. I’m no Awkward Yeti and this is kind of a bummer story. And it’s about to get worse.

That statistic on how many times she has been to hospital in the last 12 months? I had to ask her for it when I sat down to write this because I didn’t know it. Even though I consider her one of my closest friends, she doesn’t always tell me when she ends up in hospital. She only told me this time because on that particular day I happened to message her to check up on her recovery. And in that message she apologised profusely for having to tell me bad news.

Hearing this broke my heart a little bit.

It can be difficult to talk to people about chronic illness. It feels socially unsafe to bring up in conversation, and even the people who care don’t always want to hear about it. Perhaps because they want you to be happy and healthy and it hurts to know that you’re sick, so it’s easier for them to avoid all reminders.

With my collection of medical conditions (depression, assorted anxiety disorders, chronic fatigue syndrome, fibromyalgia) I get it. Or maybe I should say I kind of get it. Although I feel that social pressure to shut up, sit down and not rock the boat, I’ve never been very good at submitting to it.

Whenever someone dismisses my anxiety and tells me I’m just being ridiculous, I smile and get through the conversation. And then I draw a comic that touches on anxiety and publish it here.

When someone says that because I have depression I must make up stories for attention (true story … or is it?), I smile and get through the conversation. And later when I find other people who are drowning in emptiness I listen to them and then talk to them about what depression is and isn’t.

Every time someone shuts down discussion when I mention my chronic fatigue syndrome or completely ignores the effect it has had on my life, I smile and get through the conversation. And then drop my chronic fatigue bomb into the next one too.

And I was happy doing that privately. I would have gone on with my tiny rebellions for years, maybe my whole life. But then one of my closest friends apologised for telling me she was so sick she had to go to hospital, and that changed things.

My rebellion is going public, and I’m recruiting. 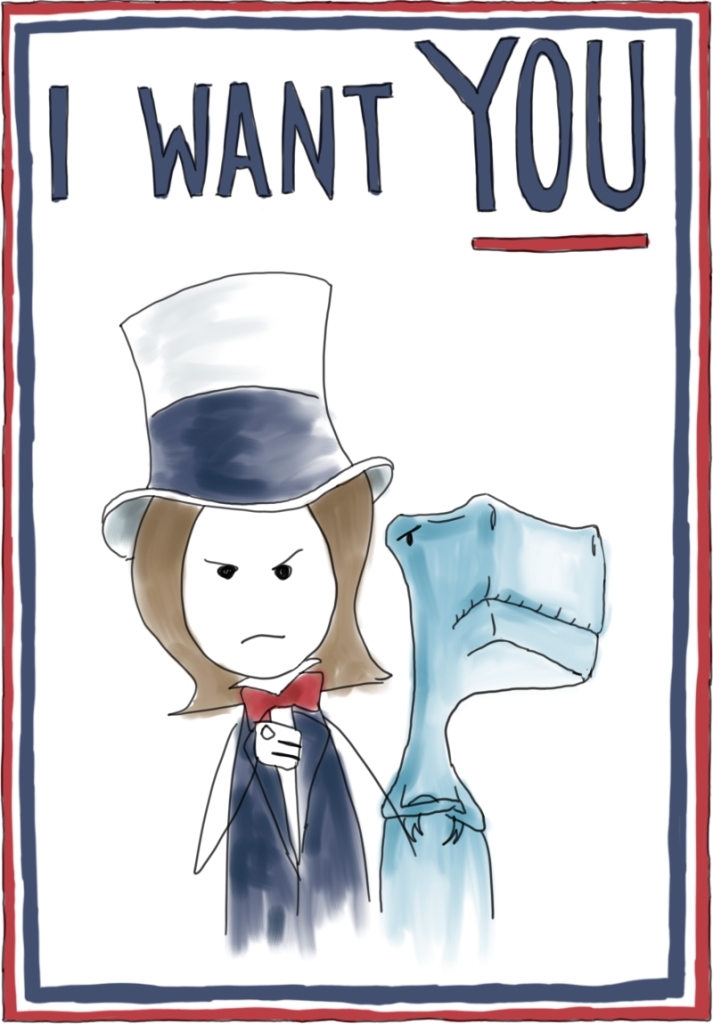 I know it’s hard and maybe you don’t know how and it feels too awkward, but life is about doing hard things.

You can start small. Acknowledge it in conversation when it comes up rather than gliding past it. Think about how that person’s illness might impact your plans together and, if it would help, offer to make adjustments. Ask them how they are doing. Listen to them, and let them tell you the truth. Ask follow up questions. Let them make jokes about it. Let them scream about it. Say Voldemort, not You-Know-Who.

Unless you are a hermit (…with an internet connection who follows my site), I guarantee that among your circle of family, friends, colleagues and acquaintances there is somebody with this kind of illness. Autoimmune disease, thyroid conditions, endometriosis, anxiety disorders, polycystic ovary syndrome, chronic fatigue syndrome, severe back pain, lingering physical injuries, fibromyalgia, Parkinson’s, MS, depression—I have names associated with each one.

When my friends end up in hospital I don’t want them to feel they should hide it. I want them to feel safe enough to tell people when they are so unwell they cannot get out of bed, in so much pain they vomit, or falling apart because waking up to the same struggle each and every day is becoming too much to hold together.

This is a bummer story, and I do not apologise for it. Maybe it’s awful to hear a friend is going through all that, but it’s far worse not to hear.

Please talk about illness. Take away its power to isolate already vulnerable people. Help me make a world where my friends will always know they can say something. I can’t bear the thought of them facing it alone.

34 responses to “I have a friend with an autoimmune disease, and I need your help.”