It started with the cat in the blanket-fort story. I just slotted cats in the pro column of not-getting-out-of-bed on a whim. And then, somehow, it was in other illustrations.

And then I was thinking about cats and had more ideas about cats.

And then all my ideas were about cats.

I don’t have any pets right now.

What I do have is a petuitary gland.

The petuitary gland is an organ located below the better-known dessert stomach. 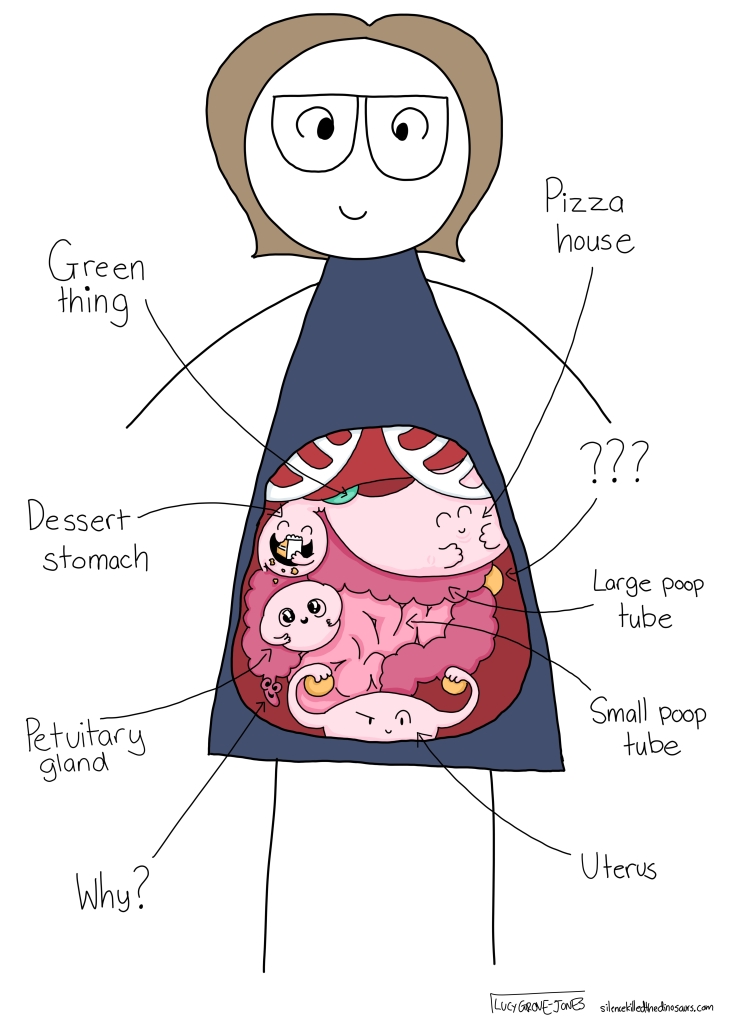 Its job is to release hormones when a person sees cute domesticated (or not domesticated—otters, AMIRIGHT?) animals and to manipulate them into a frenzy of pet-neediness. The petuitary gland overwhelms our common sense and makes us forget the cost of vet bills and the hassle of training a creature of another species to please not poo everywhere. 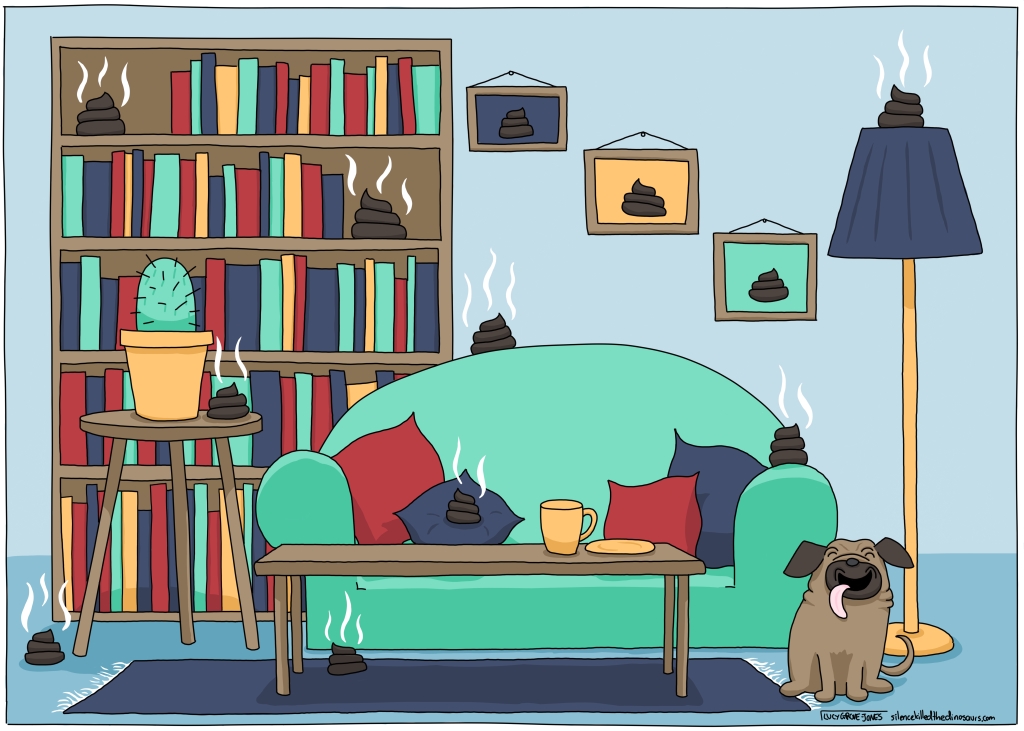 The petuitary gland is an evolutionary feature that ensures the continuing relationship between humans and domesticated animals, a relationship which is in everyone’s best interest.

Except, you know, all the small, vulnerable native creatures in your area that taste better than the fanciest tin of Fancy Feast.

But who cares about small, vulnerable native creatures?

It’s not like they, say, ride robot vacuums for our entertainment. There aren’t any adorable Halloween costumes for blue-tongue lizards. I’ve never seen a bandicoot humorously stuck in venetian blinds.

My petuitary gland is running rampant.

I’ve always liked animals. My family had a neurotic Jack Russell and an incontinent demon-cat when I was little, and I loved them both. I always thought I would have pets of my own, one day. Maybe in five or ten years, I told myself. Once I’d done some travelling and practiced keeping things alive on cactuses.

But my petuitary gland’s powers are growing. It has not spent my pet-free years idle. It has been laying plans and building its strength. Now it will not be ignored.

Infecting my creative output with cats was only the beginning. The urge to obtain a pet is becoming overwhelming.

It’s not even limited to reasonable pets. There is a dangerous sign that we drive past every time we visit my partner’s hometown. It works in unholy concert with our petuitary glands to lure us down the path of bad decisions.

It’s very important that we don’t give in.

We don’t have a rental contract that allows pets. We decided years ago that we would not get pets while renting because most places don’t allow pets and having them would make renting more difficult.

It was a sensible decision.

So I’ll be moving soon.

And probably a cat.

(Which will be an indoor cat and not allowed to eat small, vulnerable native creatures. Because responsible pet ownership.)

9 responses to “The Petuitary Gland”